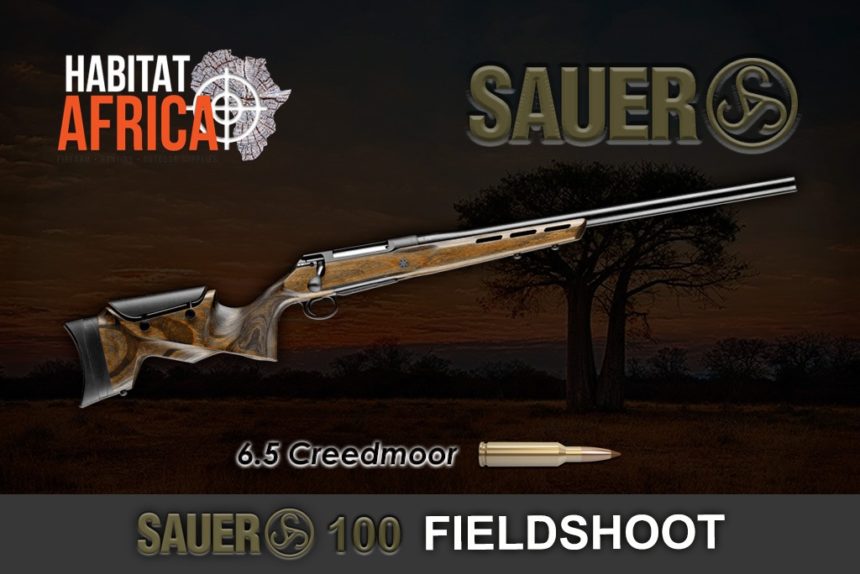 Legendary German firm JP Sauer and Sohn are well known for their exceptional rifles. Highest quality craftsmanship combined with ample features and top performance comes standard with all Sauer Rifles. The Sauer 100 Fieldshoot 6.5 Creedmoor rifle is no exception and the premier allrounder in the Sauer 100 range.
One of the demands from the shooting market is more value for less. The Sauer 100 Range is one of the very best offerings in this class. “Affordability” is not typically a word associated with JP Sauer and Sohn. The Sauer 100 Fieldshoot 6.5 Creedmoor offers unparalleled quality where it is required.

Designed from a pedigree based on the higher-end 101 and 404 rifles, the Sauer 100 Fieldshoot 6.5 Creedmoor is as comfortable and accurate as any shooter could ever wish for. Long range performance is enhanced by aesthetic and ergonomic refinements, which few other rifles can match.
Weighing in at just over 4 kilograms, the Sauer 100 Fieldshoot 6.5 Creedmoor is one of the best sport shooting and hunting rifles on offer to South Africans. Whether you enjoy hard walk and stalk hunting in the Eastern Cape mountains or banging gongs at long distances and our traditional Fieldshoots, the Sauer 100 will be a great companion. Ultimately the pedigree of Sauer Rifles combined with a wide range of calibers and models make it a fantastic choice for any shooter.

The Sauer 100 Fieldshoot chambered in the relatively new 6.5 Creedmoor Caliber, is a fantastic all round rifle. The 6.5mm projectile has proven itself from long range gong shoots to a great caliber for short to longer distance hunting. The range of bullets that is most popular is in the 120 to 156 grain range. The flat trajectories with a muzzle velocity around the 2550 to 3050 ft/s mark, makes this a useful rifle for hunting medium bodied antelope. The ability of the 6.5 Creedmoor Caliber to achieve good velocity with moderate recoil and still deliver pinpoint accuracy makes it a great choice for hunters.

The Sauer 100 Fieldshoot rifle comes with a Laminated stock. The stock was specifically designed for shooting in the perfect prone position. It features a cast for right handed shooters. It has a palm swell that was designed for right handed shooters and fit most hands comfortably. It is also shaped in such a way that the finger align comfortably with the trigger. Superior ergonomics is what defines the Sauer Fieldshoot Stock.
The improved position of the head behind the telescopic sight results in easy and comfortable sighting. 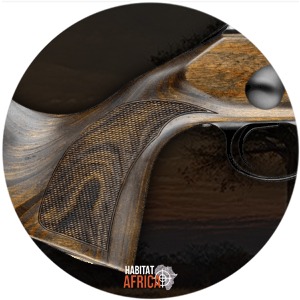 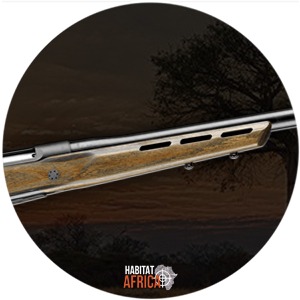 The for-end of the stock has a been ventilated to assist with heat dissipation. It has a nice comfortable fit in hand and contribute to the rifle’s fine balance and handling characteristics. Double Swivel studs come standard on the stock for the attachment of a rifle sling and bi-pod .

Sauer 100 Rifles are fitted with the latest recoil pad technology. It reduces the impact of the recoil on the shooter which is a very useful feature, especially on the heavy calibers. The robust pad allows you to fully concentrate on the accuracy of your shots. The Sauer Fieldshoot recoil pad was shaped more progressively for a comfortable fit. 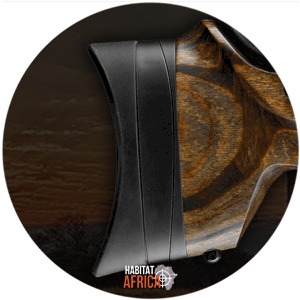 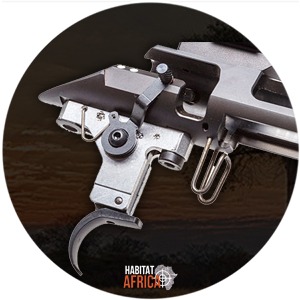 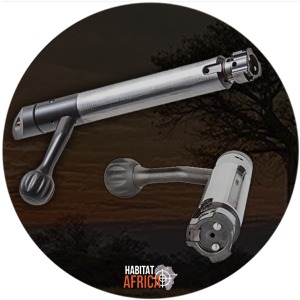 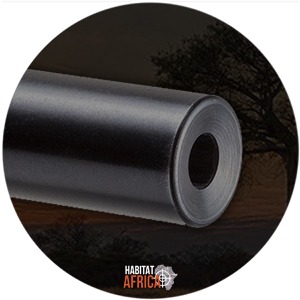 The barrel on the Sauer 100 comes from the same factory and is made to the same specifications as all Sauer, Blaser and Mauser barrels. Sauer 100 barrels are hammer-forged and every Sauer rifle has a 1 ­MOA guarantee for three shots from 100 yards. The ripple-free exterior and the minimal tooling marks on the inside are both indications of the quality of its construction. The Muzzle features a target-style crown. The barrel has a satin finish. 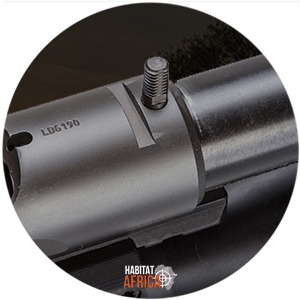 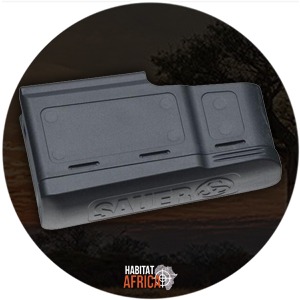 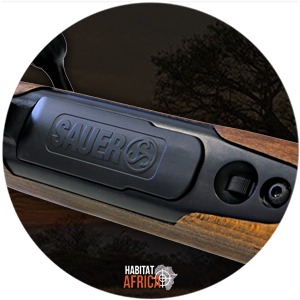 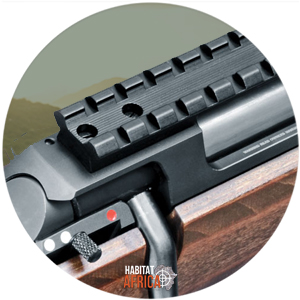 The reason for the immense and continual rising popularity of the 6.5 Creedmoor is crystal clear to some and completely baffles others. After all, a ballistic twin to the 6.5 Creedmoor has been around since 1894. Yes, you read that right, 18—as in old enough to join the Army, 18—94. More than 120 years ago. This means 6.5 Creedmoor ballistics were available when the .30-30 Win. was introduced and about a decade before the .30-’ 06 Sprg. existed.

So why all the fuss over the reinvention of a cartridge introduced the same year Confederate Civil War Gen. Jubal Early died? The answer is as simple as it is complicated. The 6.5 x 55 mm Swedish Mauser was jointly developed by Norway and Sweden and was adopted in 1894 as an official military chambering. As a side note, that one cartridge was the reason Norma was founded. No one in the United States knew anything about the 6.5x55 until after World War II when thousands of surplus rifles began to pour into North America. Those rifles and the cartridge became somewhat prevalent because of their low price, but few became infatuated with either. This was partly due to the fact that Americans could care less about a 6.5 mm cartridge and partly because it wasn’t until the 1990s that an American manufacturer began loading ammunition for it.

Here's where we enter the beginnings of the 6.5 Creedmoor story. In the mid-1990s a company known as A-Square submitted specifications to SAAMI (Sporting Arms and Ammunition Institute) for a 6.5 mm cartridge based on the .308 Win. case, requesting it be named the 6.5-08. Shortly after, and with the support of the great gunwriter Jim Carmichael, Remington did the same, but requested it be named the .260 Rem. (Carmichael called his version the 6.5 Panther.) Loaded to mimic the ballistics of the then already 100-year-old 6.5x55 mm, the .260 Rem. had lots of appeal to NRA High Power shooters. This was partly because the overall length of the cartridge was 0.335 inch shorter, enough to allow it to fit in short-action boltguns—partly because, from an external-ballistics standpoint, .308 Win. trajectories and crosswind defiance could be matched with less recoil.

Here we arrive at the allure of 6.5 mm-rifle bullets. The ability for a particular cartridge to shoot flat is a result of its muzzle velocity and the aerodynamics of the bullet. Thirty-caliber bullets can be made to shoot just as flat as 6.5 mm bullets, but in order for this to be achieved, the bullet has to be quite long, and it has to be pushed to higher velocities than the .308 Win. is capable. This means longer, heavier bullets need a longer action, and it means recoil is increased. The hillbilly explanation is that 6.5 mm bullets offer the best balance of flat trajectory and tolerable recoil in sport-rifle cartridges, due to their high-ballistic coefficient (BC).

Where the .260 Rem. ran into problems was handling the lengthening and continuingly more-slender 6.5 mm bullets manufacturers were offering; bullets that had the high BCs that long-range shooters get week-kneed over. Loading these long bullets in the .260 Rem. pushes the limit on overall-cartridge length. The result is the cartridges may not fit in detachable- or even blind-box rifle magazines. Of course, you can seat the bullets deeper but this crowds powder capacity and, in some cases, pushes the ogive of the bullet below the end of the case neck.

3 in stock (can be backordered)