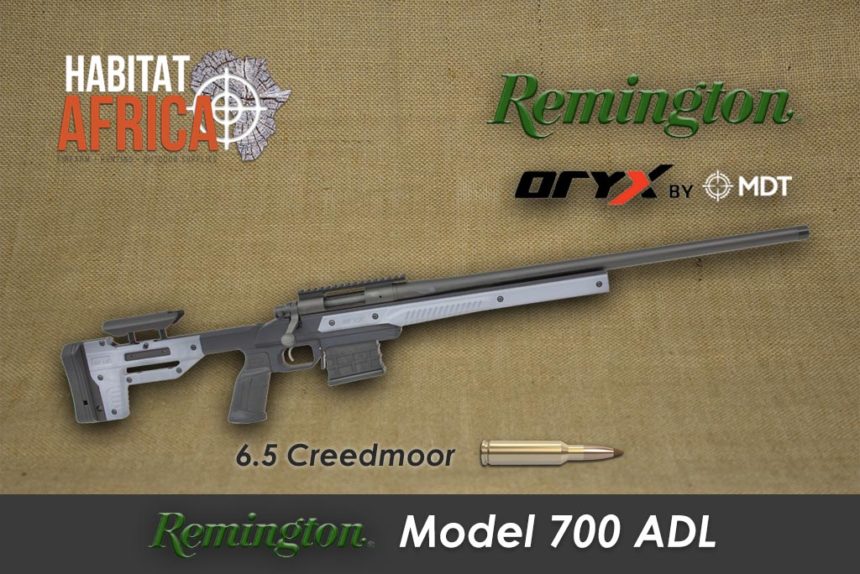 The Remington 700 ADL Oryx 6.5 Creedmoor Gray rifle was designed like the Model 700 Long Range for consistent accuracy. For its new ADL Oryx rifle, Remington took its coveted 700 action and paired it with a heavy barrel. Placed it in a top-notch MDT Oryx tactical style stock and installed its excellent X-Mark Pro trigger. It is a solid platform for long range shots, on the range or out hunting on the plains of South Africa. From extended-range medium-game hunting to printing one-ragged-hole groups from the bench, no rifle delivers like the Remington 700 ADL Oryx 6.5 Creedmoor Gray.

The Remington 700 ADL Oryx 6.5 Creedmoor Gray combines the added stability of a 24″ heavy-contour barrel with a hard-hitting, long range caliber to stretch your lethal range. The Remington 700 ADL Oryx is chambered in the proven 6.5 Creedmoor caliber. It comes with the Oryx Tactical Chassis by MDT and a detachable magazine with a 8 round capacity.

The heavy contour 24 inch free-floating barrel of the Remington 6.5 Creedmoor ADL Oryx will effectively eliminate vibration. This will ensure solid accuracy and performance round after round.
Built on the famous Model 700™ cylindrical action, Remington ADL Oryx rifles are of the most accurate models for over-the-counter sale. Using input from serious shooters the Remington 6.5 Creedmoor ADL Oryx was created as a tack-driver. To improve the consistency and accuracy of your rifle the MDT Oryx tactical chassis is reinforced with a one-piece integrated aluminium chassis and buttstock.

It features a contoured fore-end, raised cheek piece and ambidextrous palm swell. M-Lock attachments and a front swivel stud can accommodate a sling and a bi-pod. The full-length aluminum bedding blocks create an accuracy-enhancing platforms for the barreled actions.+

The Remington 700 ADL Oryx chambered in the relatively new 6.5 Creedmoor Caliber, is a fantastic all round rifle. The 6.5mm projectiles has proven itself from long range gong shoots to a great caliber for short to longer distance hunting. The range of bullets that is most popular is in the 120 to 156 grain range. The flat trajectories with a muzzle velocity around the 2550 to 3050 ft/s mark, makes this a useful rifle for hunting medium bodied antelope. The ability of the 6.5 Creedmoor Caliber to achieve good velocity with moderate recoil and still deliver knock down power makes it a great choice for competition shooters and hunters alike.

The Remington 700 ADL Oryx comes with a one piece aircraft grade aluminium tactical chassis. Each ORYX is designed for your specific rifle model – holding your action solid for better accuracy. 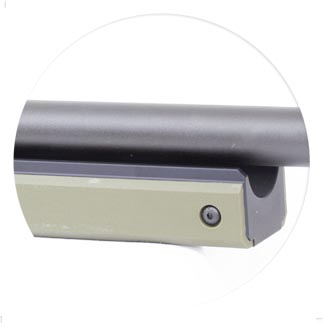 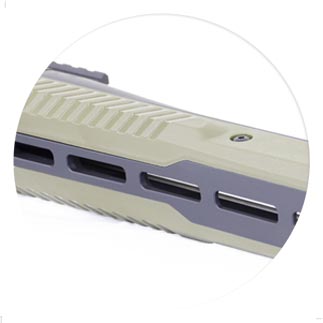 The Remington 700 ADL Oryx Chassis has an asymmetrical grip pattern and shape that has been specifically designed to give a solid grip in all conditions, a grip that never slips. The For-end is wide and equipped with M-Lok tactical slots and a swivel stud to accommodate a sling and the mounting of a bi-pod. The ORYX fits great in your hands and sits solid on barricades and platforms. For those cold days in the Kalahari or when things heat up at the range the ORYX polymer side panels keep your hand’s comfortable no matter the conditions.

To adjust the length of pull on the Oryx Chassis, 7mm spacers(additionaly available) can be added to the rubber overmoulded butt pad. The high quality recoil pad reduces the impact of the recoil on the shooter which is a very useful feature, especially on the range. The robust pad allows you to fully concentrate on the accuracy of your shots. 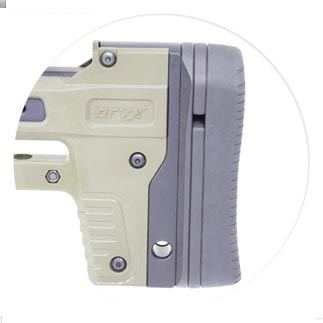 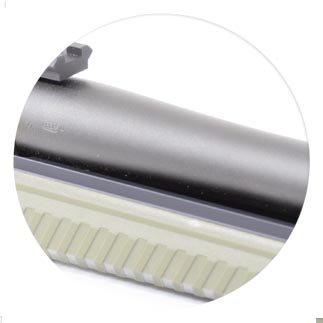 The 24-inch barrel on the Remington 700 ADL Oryx absorbs heat much better than lighter, traditional thinner contour barrels. Manufactured from high carbon steel, the 24 inch length of the barrel will also optimize the use of all the powder in the cartridge case. For optimal bullet performance twist rates are choosen in each Caliber.

The heavy contour barrel of the Remington 700 ADL Oryx has a concave target style crown. Shot after shot a precisely cut crown is very important for consistency. The crown has a diameter of 20.5 mm. It is threaded in 5/8 inch and comes with a thread protector. 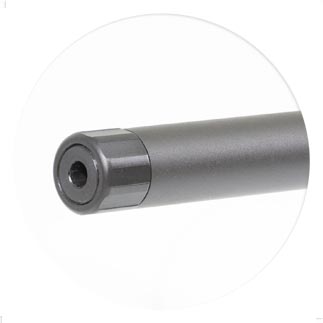 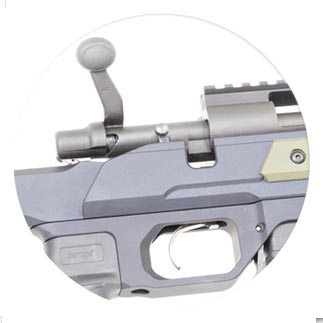 Built on the famous Model 700™ cylindrical action, the Remington 700 ADL Oryx comes with a dual locking lug bolt. At the face of the bolt is one plunger-style ejector. The bolt handle has a distinct Remington knob that bears grooves to ensure a firm grip. Remington also select an action length according to the caliber size.

Robustness and quality go hand in hand with the Remington 700 ADL Oryx . The metallic bolt shroud covers and shields the rear of the bolt body and the firing pin. Located between the bolt handle and the bolt shroud is also a two position safety. 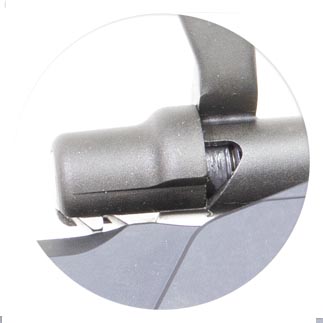 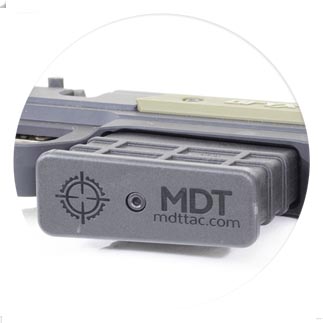 The Remington 700 ADL Oryx comes standard with a metal trigger guard and a detachable polymer magazine. The magazine has a 8 round capacity.

In addition to the well-apportioned chassis, the MDT Oryx chassis also has an aluminum bedding block that provides a very stable foundation for the model 700 action. Surrounded by fiberglass the bedding block runs from underneath the chamber to the back tang. It puts a solid piece of aluminum between the action and the trigger guard. This makes it very difficult for the action to move from recoil. 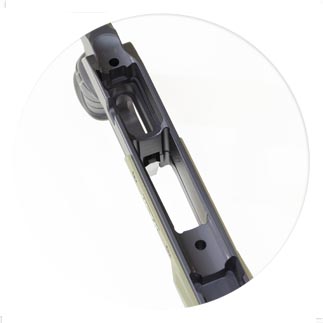 The Rock: Remington Model 700 - Most Accurate Out of the Box