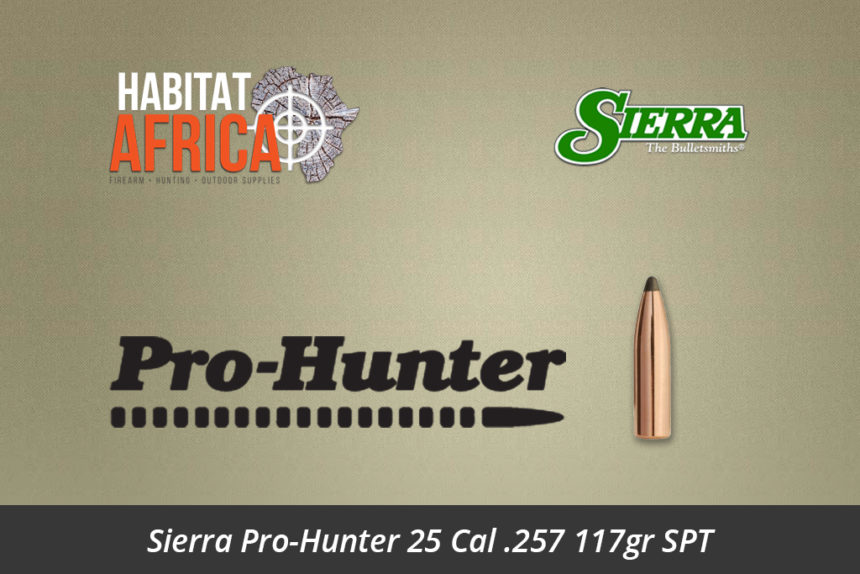 The Sierra Pro-Hunter 25 Cal 257 117gr Spitzer Bullet or Spitzer bullet is one of the finest 25 caliber hunting bullets for medium game.

Sierra’s unique four-station jacket draw produces jackets with maximum concentricity and uniformity together with uniform taper dimensions. The result is a bullet with extraordinary accuracy, dependable expansion and deep penetration on medium game. This bullet is well suited for close to medium-range shots.