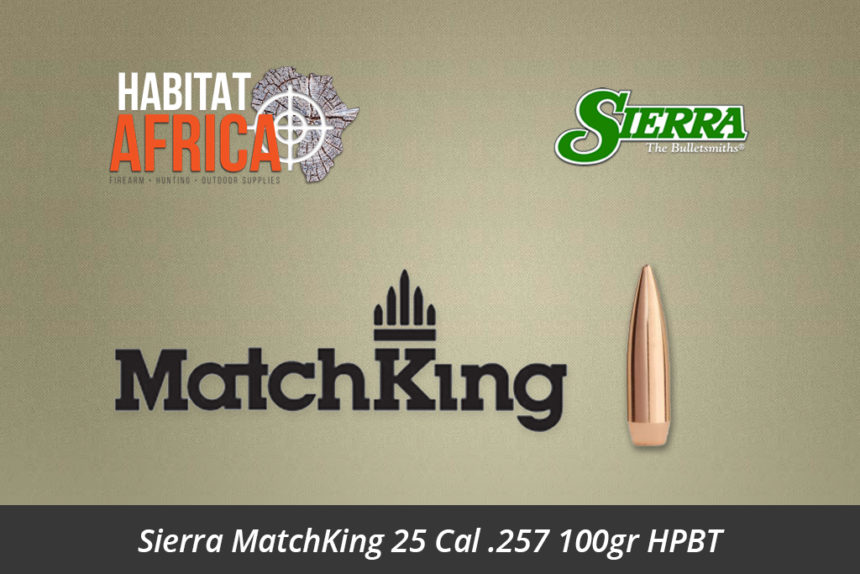 The Sierra MatchKing 25 Cal 257 100gr HPBT Match Bullet has been designed with the characteristic MatchKing quality features, a thin jacket for concentricity and uniformity with precise weight control. It is appropriate for cartridges like the .257 Roberts Improved, .25-06, .257 Weatherby Magnum and 1×10″ twist 250-3000 Savage.

While they are recognized around the world for their record-setting accuracy, the Sierra MatchKing and Sierra Tipped MatchKing bullets are not recommended for most hunting applications.

Although the MatchKing and Tipped MatchKing bullets are more commonly used for varmint hunting, their design will not provide the same reliable explosive expansion at equivalent velocities in varmints compared to their lightly jacketed Hornet, Sierra BlitzKing or Sierra Varminter counterparts.